My parents, Klaus and Ursula Keim, and I were invited by some friends to a big party in Johannesburg during November this year.  My ordered JS3 was just about to get out of the “resin barrel” by this time.  The thought of being a witness to the birth of my glider inspired me to include a visit to Potchefstroom in our travel plans.  Additionally, of course,  there would always be details and changes which have to be discussed over and over again.  So, I decided to extend my visit by visiting Jonker Sailplane for five days.

Leaving Germany I was hoping for an opportunity to do some gliding but the idea of flying a record flight never crossed my mind.

As luck would have it, our flight to Madrid was delayed and we missed our connection flight to Johannesburg.  During the sleepless 12 hours in Madrid’s airport building, I killed time by browsing through the actual Women’s World Records.  Having experience the JS3-18m’s performance in Hosín, I was hoping to get the opportunity to try out the 15 m configuration.

Laurens Goudriaan joined us in Potchefstroom, as he also wanted to do some gliding with his JS3 the same week.  As Oscar had prior work commitments, he was so kind to offer me his beloved JS3, “OG” to fly.

First things first I had to do a validation check flight – Uys was so kind to assess me in the Nimbus 4D. This turned out into a quick afternoon flight, just under 900km, finishing with the last bit of daylight fading.   It was quite a relief to me when we made it back – imagine stuck at night in the African wilderness with its lurking creatures.

The weather forecast for the Wednesday was relatively good, but not excellent.  High probability of thunderstorms was predicted with overcast conditions to the west and north of Potchefstroom.  Nonetheless Laurens and I decided to declare a 300km FAI triangle to the west of Potchefstroom and go for a record attempt.  The current Women´s World Record was held by my dear old friend Angelika Machinek in 2002 with a speed of 153,8 km/h, also set in Africa, while the African continental record is 164 km/h held by Johan Luyckx.

After fitting the small 15 m wing tips to the JS3s, we filled up water to a selected weight of 520kg and set the LX9000 with care to meet the tedious requirements for a record attempt. Uys, our official observer and only available tug pilot, towed me first, giving me a little time to get use to the “STAR FIGHTER”!  I have flown the 18 m JS3 at the WGC in Hosin 2018 for about 45 hours, and this was my first flight in the 15 m wingspan with a 59 kg/m2 wing loading.  What a nice feeling!   The roll rate is fast, much faster than the 18 m configuration.  A WOW feeling.  Chasing it around the corners is extreme fun!  By the time Laurens climbed up I was completely in tune with the small wing configuration.

We crossed at the startline, “New Machavie”  just before noon at 4299 m AGL.  The first leg of 95km to Rietpan was easy with nice cumulus cloud streets and done quickly at an average speed of 197 km/h.  This small aircraft runs like a BOMB!  Going straight at a 230km/h… no problem.  The second leg to Sannieshof was quite slow relative to what is seen in contest with an average speed of 128 km/h only.  I just couldn’t find the strong 7m/s thermals, and had to take the 3 to 4 m/s stuff.

Coming back from Sannieshof there were already some thunderstorms showing up. On the way back home we once again found good climbs and crossed the finish line with an average speed of 160 km/h setting a new women´s world record.

Uys checked the files and on first view all looked to be fine…. hopefully the FAI will have the same view!

The weather forecast for the next day was very similar with thunderstorms predicted around Potchefstroom.  Rob Tiffin and Peter Farell from the Cape joined me and Laurens and we all declared a 500km FAI triangle.  We selected a small village, Dominion, 70 km west of Potch  as the start/finish point, hoping to stay out of the predicted thunderstorms.  The flight with turn points Stella and Jan Kempdorp went extremely well again with nice clouds but also some blue holes.  As predicted the last leg overdeveloped with rain showers, big black clouds and lots of shade on the ground making the last 60km were tricky.  I eventually reached final glide after finding my way through the rain showers, pushed the last kilometers with 300 km/h groundspeed and crossed the finish line with an average speed of 162 km/h, shattering the current word record of 141km/h by a nice margin…. Or did I?

Uys had to break the high spirits that evening when evaluating the flight, asking: “Katrin, what were you sinking?  You crossed the finish 30m too low!! At 300km/h!!”

Can you believe it!!!!  I somehow didn´t watch my ICG height box in the LX9000 carefully.

The start/finish height difference has to be less than 1000m! The expected height warning didn’t show up on the screen and I didn’t watch the altimeter carefully.  I screwed up this world record! So stupid!  Laurens made no errors and finished the 500 km task with a new African record at a 165 km/h.  Well done Laurens!

I guess I have to come back to redo this 500 km one and some more world records with the JS3 15 m wingspan. This new glider can break them all.

Thanks Laurens for the nice flights, Oscar for your lovely OG and to the tow pilot! 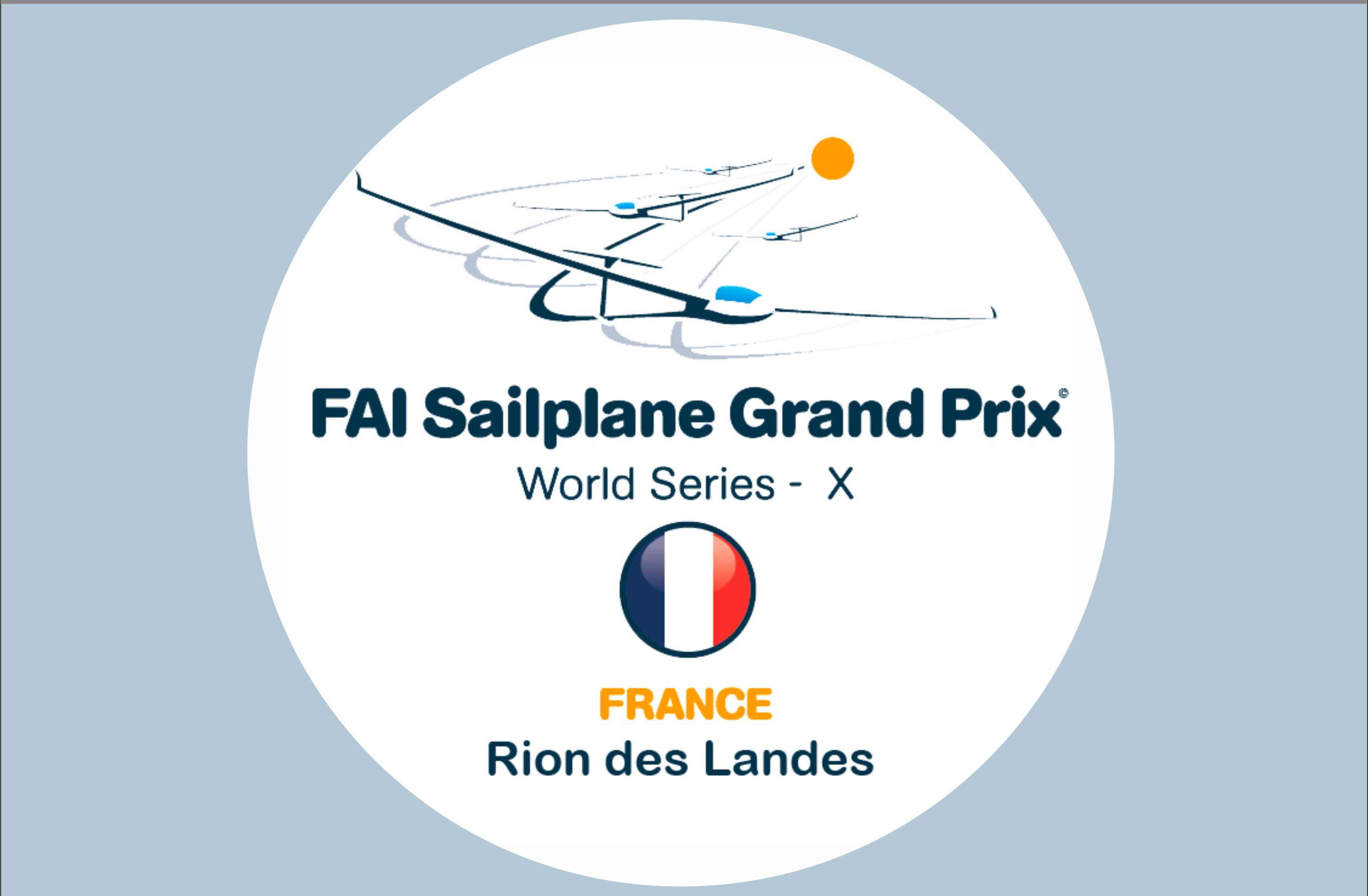 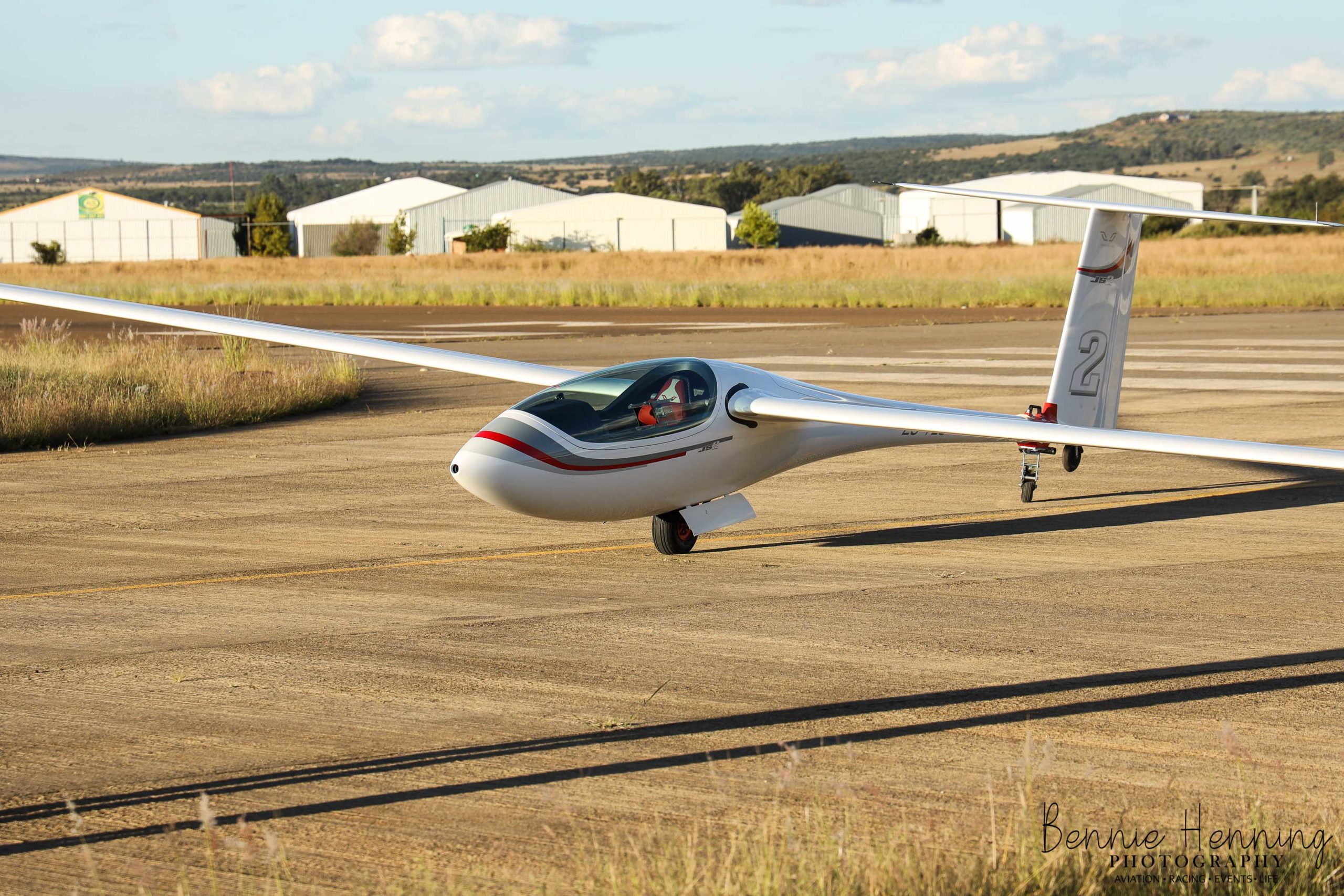